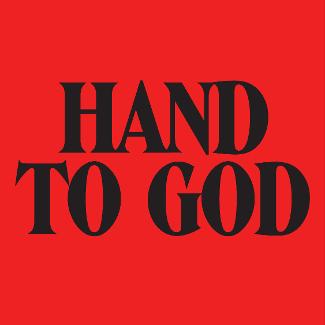 12 August 2021 to 11 September 2021 Old Fitz Theatre, 129 Dowling Street (Crn of Cathedral St), Wollomoolloo, Gadigal Country, NSW, Australia. From $34.69 to $46.94
"The devil is in that puppet and we are goin' exorcise him right out and have everyone back home by midnight. That's what I want and that's what Jesus wants and that's what's gonna happen"

In the tiny, conservative town of Cypress, Texas, the shy, mild-mannered Jason is just trying to be a good son. When he joins his mother Margery's Christian Puppet Ministry at the local church, Jason discovers a burgeoning talent for puppetry, and after his father's sudden death it seems like things might just turn out okay. Tyrone the puppet, though, has other plans. As the foul-mouthed, independent, and devilishly funny Tyrone grows in strength, Jason's complex relationships with the school bully, the girl-next-door, and most importantly, his mother, are thrown into upheaval. An irreverent, occasionally shocking, and perpetually hysterical romp to hell and back,

Directed by Alexander Berlage (there will be a climax, Cry-Baby & American Psycho), winner of the 2018 Sydney Theatre Award for Best Direction of  a Musical, Hand to God is a blasphemous black comedy (with puppets) that explores the startlingly fragile nature of faith, morality, and the ties that bind us as well as leaving you sore with laughter.

Brought to you by

For all ticketing enquiries or if you've any query regarding your purchase please contact our support team at: